We are proud to unveil the official art poster for our 2016 event!

This high octane creation is by our friend Terry Wolfinger and will be on sale at the event Trading Post for only $12, while supplies last! 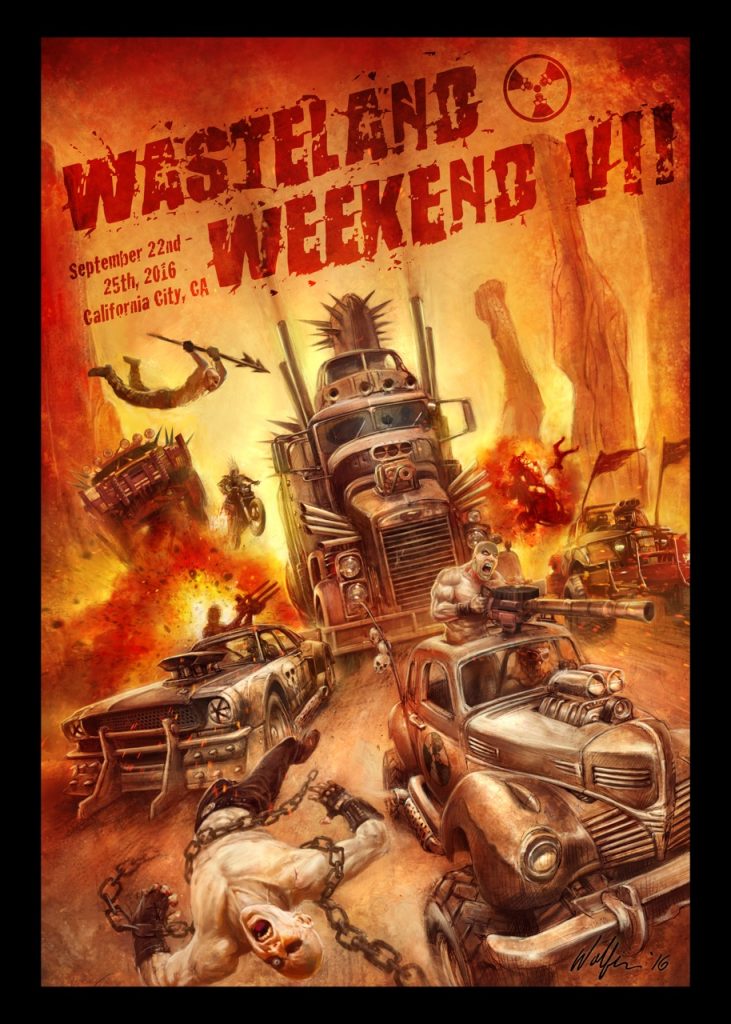 Terry Wolfinger’s love of drawing started at a young age. The things Terry loved drawing the most were cars and monsters. He also loves movies. At thirteen, the two movies that most influenced and inspired him were, The Road Warrior and An American Werewolf in London. His love of cars led him to creating art for 100s of Hotwheels packages for Mattel, as well as concept art for numerous video games. His love of monsters led him to become a character designer at Stan Winston Studio, as well as numerous comic properties. He was the cover artist and Art Director for Gamefan Magazine during its entire run and is now a current cover artist for Famous Monsters of Filmland. Terry has been making his living since graduating CalArts in 1989 as an animator, illustrator and fine artist. You can follow Terry’s work here: https://www.facebook.com/terry.wolfinger and @terrywolfinger for Instagram and Twitter. For prints, inquiries and commissions: wolfinger.bigcartel.com.