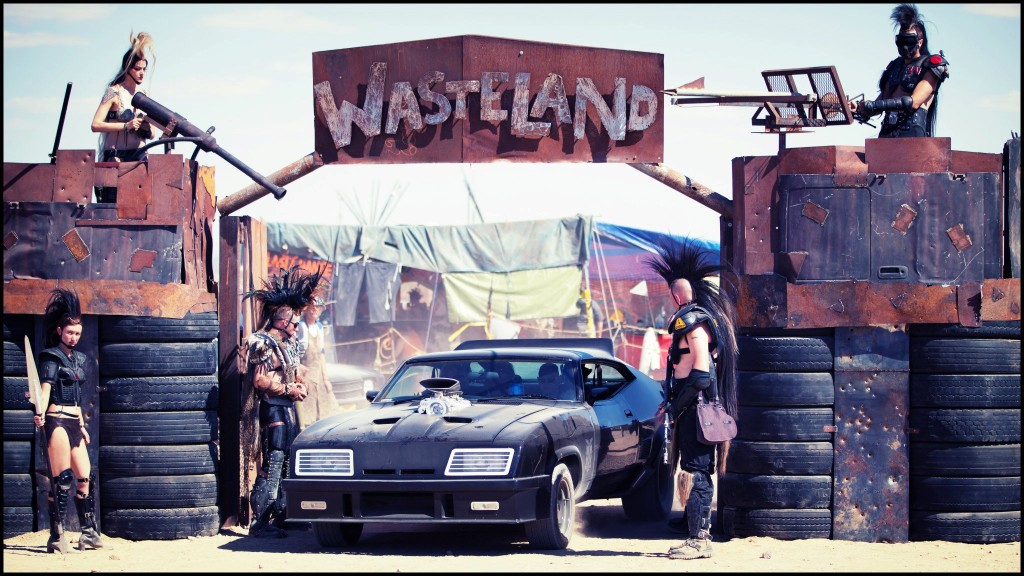 For anyone under 30, Fury Road will likely be the first time they see a Mad Max film in a movie theater. But as George Miller’s amazing new film creates a new generation of fans (and reignites the guzzoline-filled passions of the older ones), they’ll quickly find that there is already a growing fan community ready to initiate them. Post-apocalyptic fandom — everything from car builders, to cosplayers, to performers — has been growing steadily in the last decade, even before Fury Road was on the horizon. And at the center of that global fan community is a single event: Wasteland Weekend.

The four-day post-apocalyptic party in California’s Mojave desert began in 2010 and has seen steady growth each year. While it embraces many influences (video games like Fallout, films like Book Of Eli, even 80s dystopian music videos), the heart of the gathering has always been the original Mad Max trilogy. And now, with the long-awaited Fury Road finally exploding into cinemas, Wasteland Weekend is poised to embrace the new film and evolve.

“We’ve actually been prepping for Fury Road’s release and its effect on our event, since 2010,” says the event’s director and co-founder Jared Butler.“ For our first gathering, George Miller and his crew sent us a sneak peek video from their pre-production in Australia, featuring the first glimpse of the Gigahorse (the monster car driven by the film’s villain Immortan Joe). Since then, we’ve been waiting and hoping that Fury Road would bring something new to energize the world of post-apocalyptic pop culture.” Not that the genre needed much of a boost; post-apocalyptic films, television, games, and comics have been booming for the last decade. But Fury Road comes from the mind of George Miller, making it the gold standard for most fans of all things dystopian. “He set the standard in the genre for 30 years. Now, he just came in with a whole new vision that will set the standard for the NEXT 30 years,” says Butler.

“There’s so much depth, so much detail in the design of Fury Road,” says Adam Chilson, Wasteland Weekend’s art director and build supervisor. “We’re already building new structures and vehicles that incorporate the film’s look. Wasteland Weekend will always include a lot of familiar imagery from the original Mad Max trilogy, but this year, expect to see updates like an influx of vintage 1930s and 40s modified cars, as well as, I’m sure, an army of War Boys. And a lot of that is going to come from the attendees.”

Wasteland Weekend has always been a fan-made event. While the mostly-volunteer event staff erects some large set pieces and infrastructure, an enormous amount of the atmosphere comes from what the attending fans create and bring themselves, often working with their “tribe” (the group of friends they camp with at the event) for the entire off-season on their cars, costumes, and campsites. Some of them obsessively embrace “screen accuracy,” creating images that even George Miller admits have briefly fooled him into thinking he was looking at a still from one of his films. Other attendees take the general theme and give it their own interpretation. “The amount of skill and creativity out there when it comes to repurposing discarded objects and rusted metal is just incredible,” says Chilson, “and we’re proud that we’ve helped create a venue for people to showcase it all.” 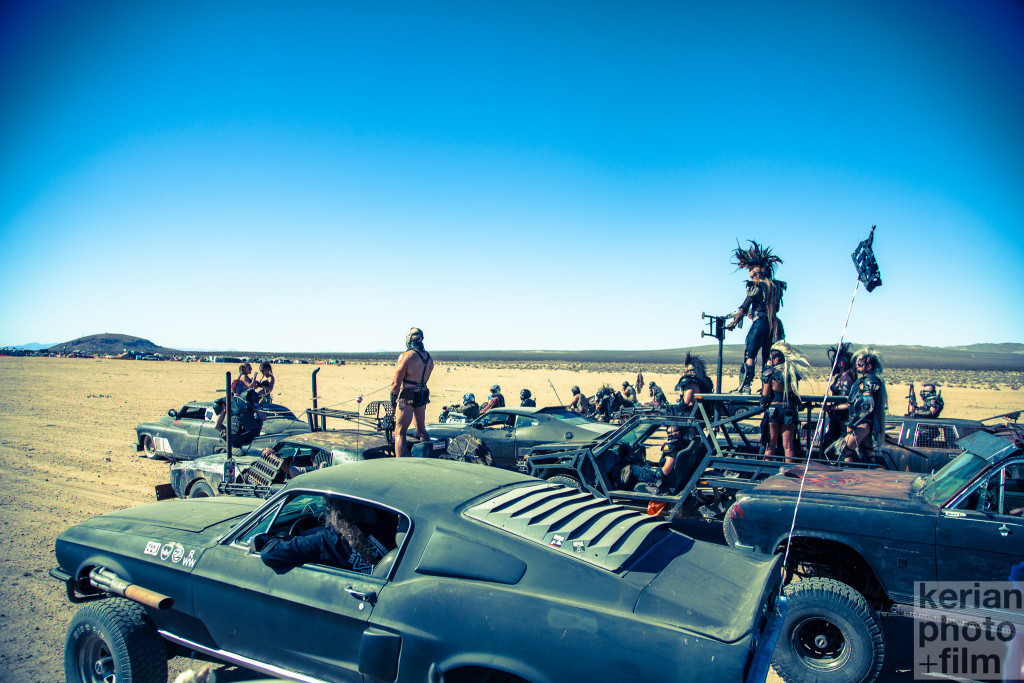 In keeping with the automotive themes in Fury Road, one of the clearest displays of all of this repurposed rust is in the vehicles that are brought out to the event. Last year’s Wasteland Weekend featured over 100 customized, fan-built Mad Max-style cars and motorcycles, driven out from all over the continent, some owners convoying thousands of miles to show off their creations in the temporary desert city. And this year, they expect even more. “You don’t need to bring a themed car to enjoy Wasteland Weekend,” points out Butler, “but everyone who comes without one seems to add building a Mad Max car to their bucket list by the time the weekend is done.” After all, Wasteland Weekend has multiple activities day and night, from archery contests, to fire performers, to bounty hunting games, to a full lineup of live bands, but the Wasteland car cruises are always a highlight.

“There’s nothing like the feeling of riding in a car you’ve worked all year to build and seeing 50 or more Mad Max cars rolling around you, in the wide open desert, with no civilization in sight,” says Chilson. Jared Butler adds “It’s not just the visuals. It’s the sound. We only do low speed cruises at safe speeds, but still, the roar of the V8 engines, the war cries of the Wastelanders, that’s when you really feel like you’re inside a movie.”

And living “inside the movie” is the whole goal of Wasteland Weekend. Unlike some other fan celebrations or desert music festivals, Wasteland requires that ALL attendees wear some kind of post-apocalyptic outfit for the duration of the event, an edict that even extends to performing musicians and visiting media. Full immersion is the goal.

“We’ve been thinking of some new slogans this year,” says Butler. “Love Fury Road? Come out and LIVE Fury Road!” “Be one of the mad!” adds Chilson.

As for the expected growth of the event this year, tickets are still on sale, but organizers have warned that they may have to cap attendance if Fury Road drives ticket sales to a number they feel might be too high for comfort. “We have a well-trained volunteer staff,” explains Pedrick Walker, the event’s operations and security head, “and we have an idea of how many people we can safely entertain this year. We’re not there yet, but if we start getting close to what we can handle, we’ll just declare it ‘sold out’ and then build up our infrastructure some more for an even larger event in 2016.” Chilson adds, “Keeping growth at a manageable pace also helps the event keep its character. The veterans always outnumber the newcomers, so that they can teach them what Wasteland is all about.” Butler agrees, “We have the nicest, most welcoming, bunch of crazy-looking people you’ve ever met at an event. We do all of this for them and they help us grow… and remain one big Wasteland family.” 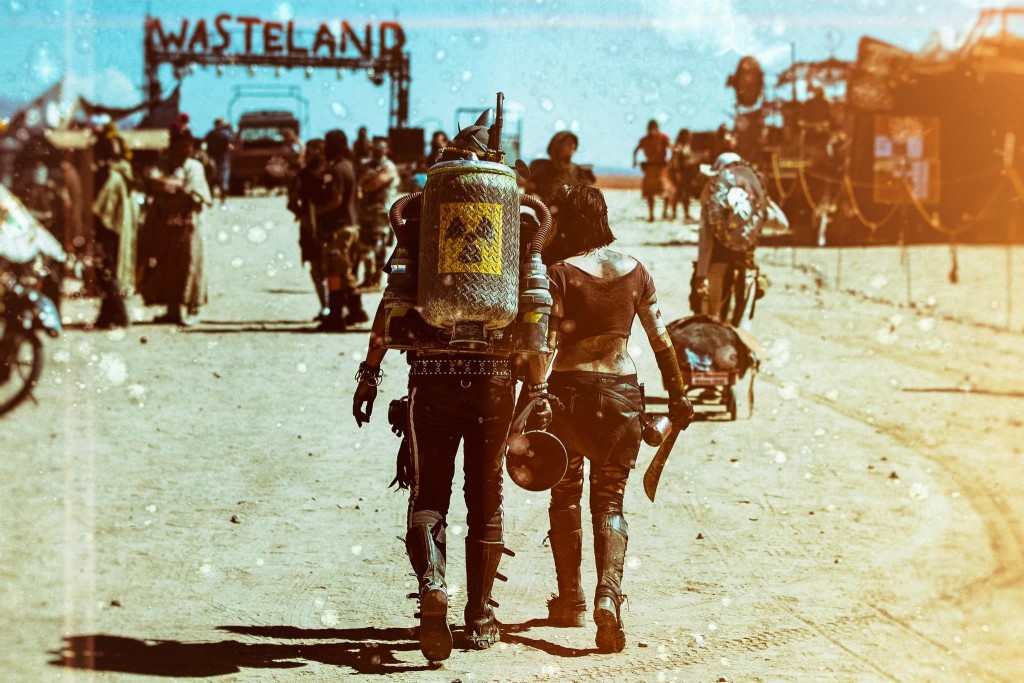 Many photos and video for media available by request. 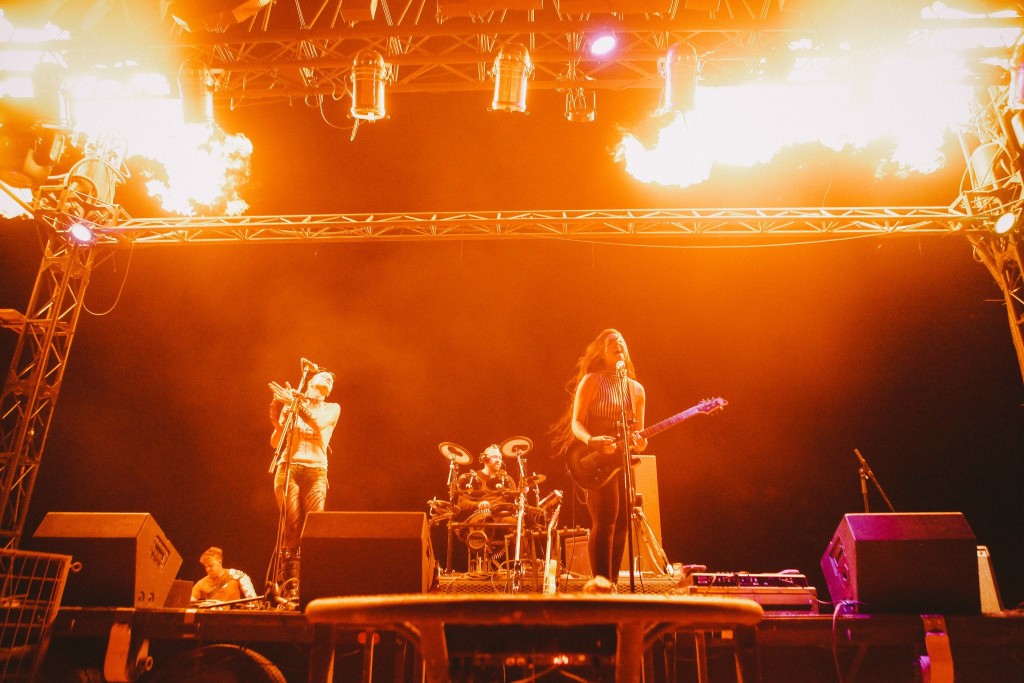 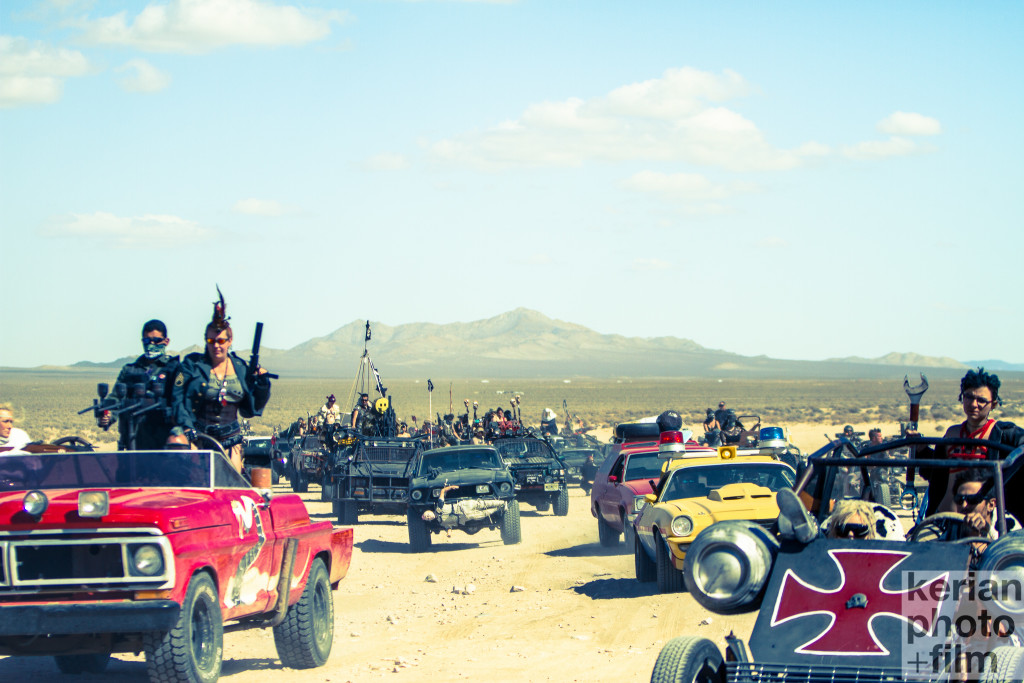 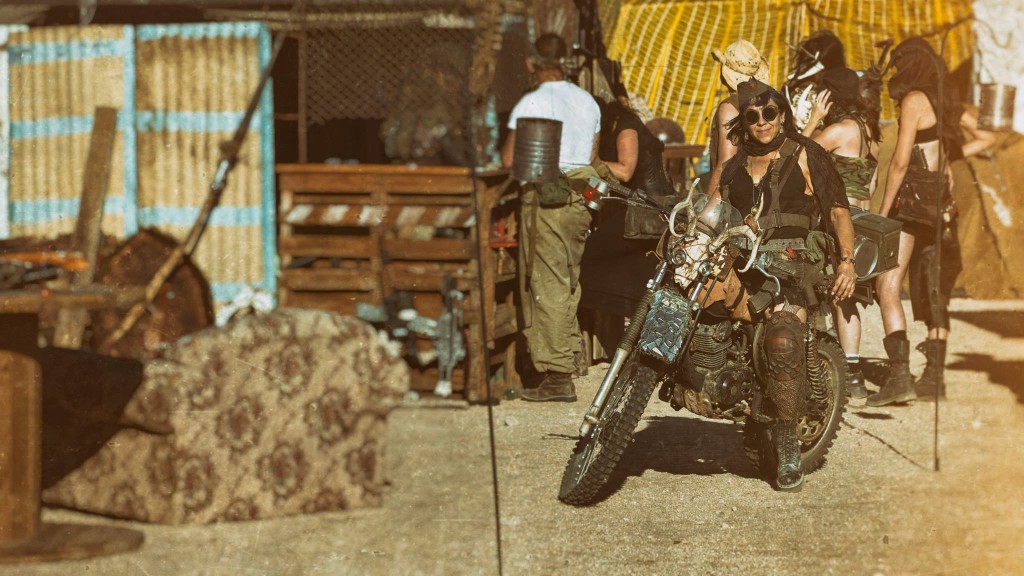 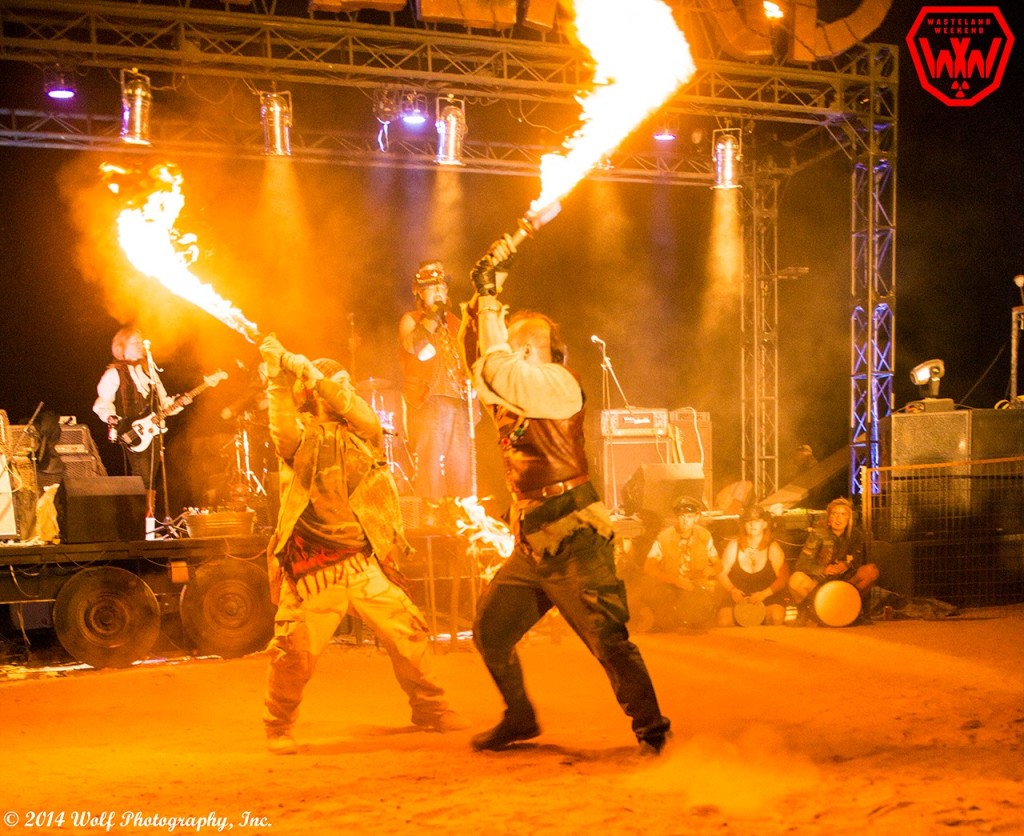 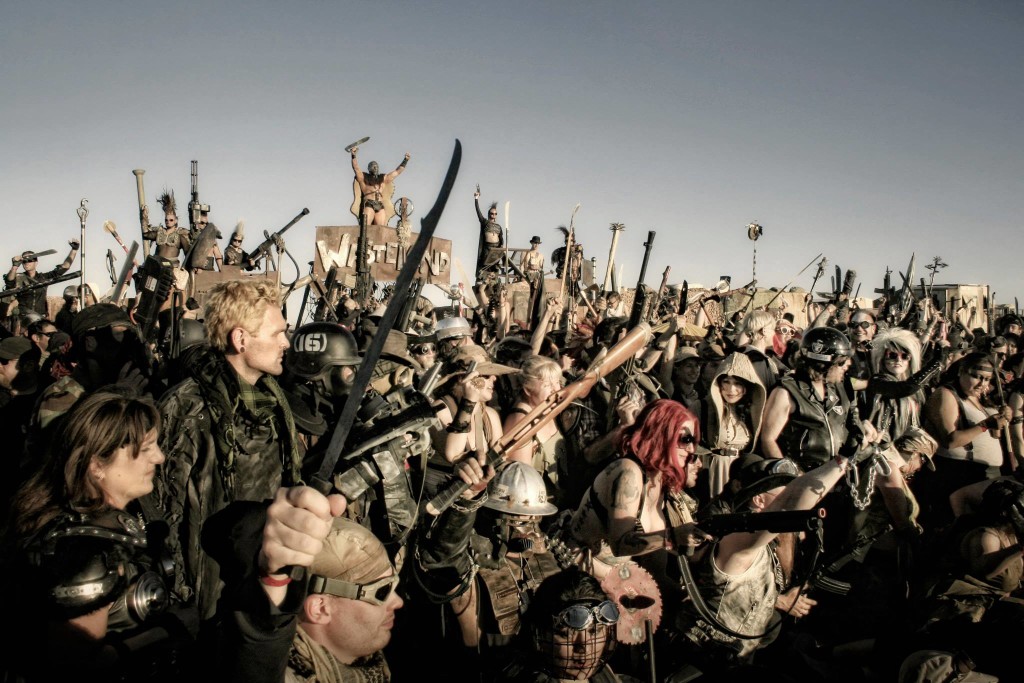 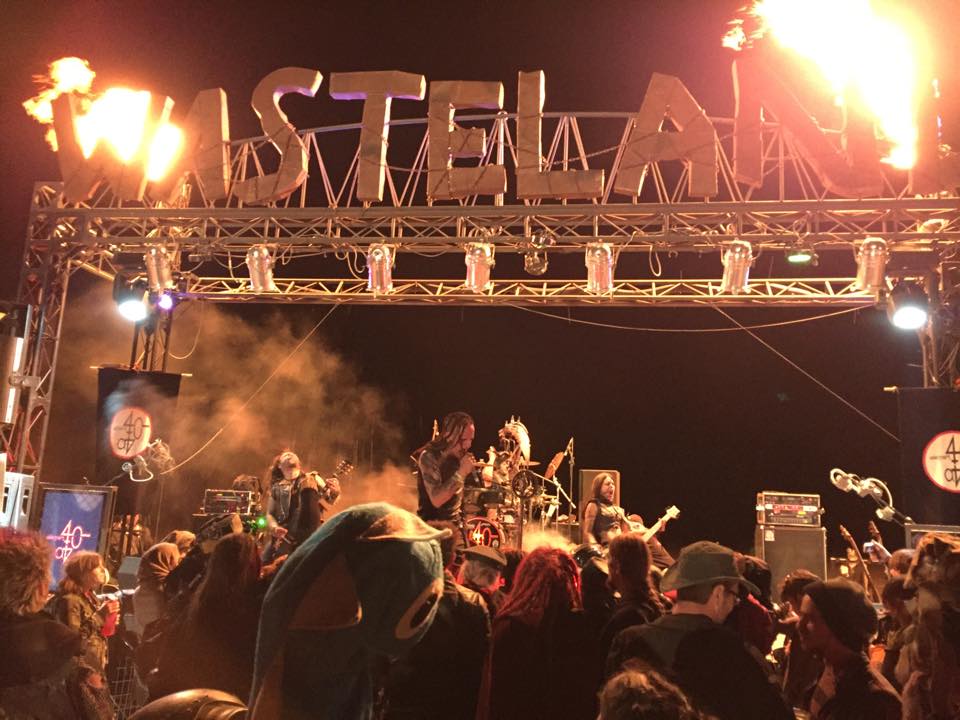 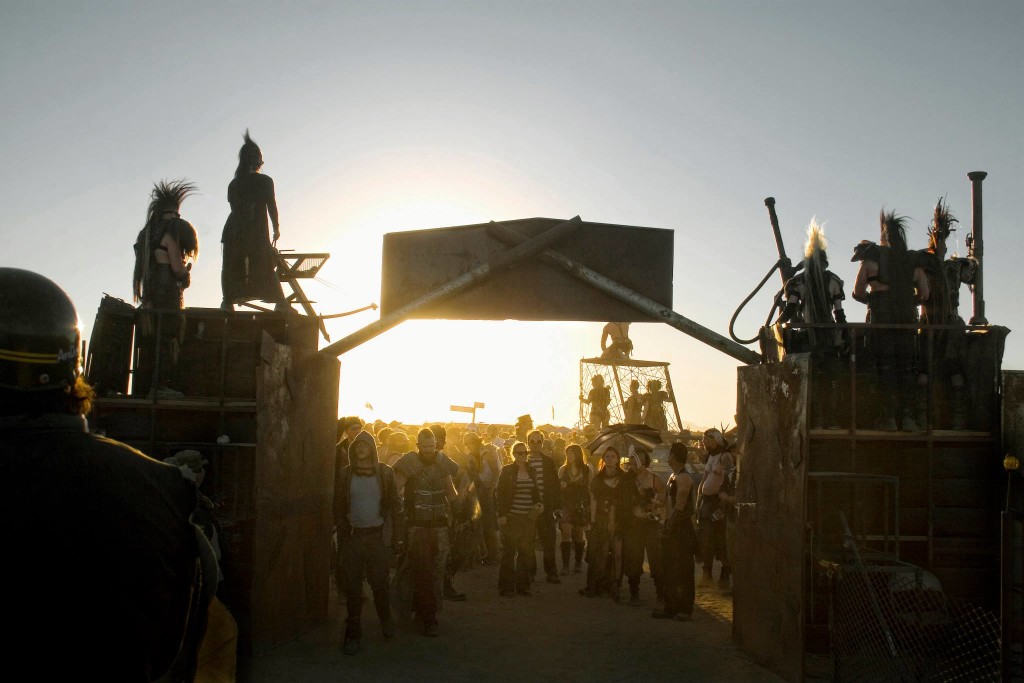